Archive for the Costs Category

Living with Dams – Know your Risks

These two e-booklets were prepared by the Association of State Dam Safety Officials (ASDSO).

Check out the “Know Your Risks” and “Extreme Rainfall Events” booklets. 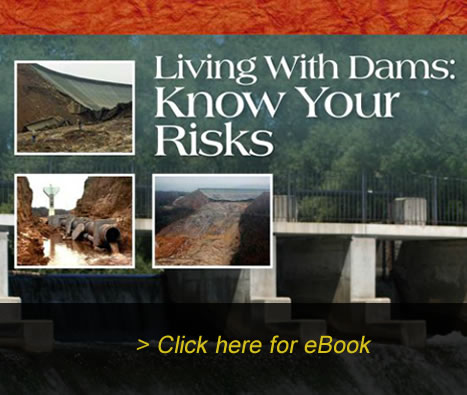 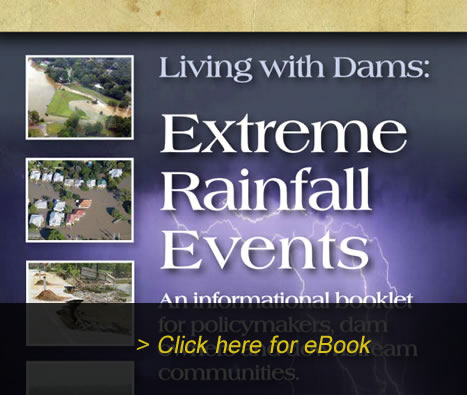 We all want green energy, but let’s ensure it is truly green.

Wabagishik Rapids is a beautiful 1 km stretch of rapids on the Vermilion River, about 1/2 hour west of Sudbury, Ontario.  A developer is proposing to build a modified peaking hydroelectric dam that would only produce enough power to supply about 1,600 homes.  These types of dams have numerous negative impacts associated with them, and are very harmful to the riverine ecosystem.  Check out this film to find out more.

Wabagishik Rapids is a beautiful 1 km stretch of rapids on the Vermilion River, about 1/2 hour west of Sudbury, Ontario. A developer is proposing to build a modified run of river hydroelectric dam that would produce enough power to supply about 1,600 homes. These types of dams have numerous negative impacts associated with them, and are very harmful to the riverine ecosystem. Check out this film to find out more.

Short preview of the full version:

Find out how you can help by going to our Membership page.

Site of the 4th in a series of hydroelectric dams proposed for the Vermilion River.  The powerhouse would be located only meters away from a public beach at Centennial Park.

The proposed dam is a “modified run of river” which entails rapid and extreme changes in water flow velocity and levels several times daily under some flow conditions, and holding water back in head ponds for several hours, and sometimes days in order to release during peak demand hours to generate power.

This type of operating strategy can make ice conditions unstable and unsafe during winter months, and make swimming, fishing, boating or in-water recreation extremely dangerous.   Vermilion River Stewardship is opposed to this type of hydroelectric dam.

This is the last in a series of 5 proposed modified run of river hydroelectric dams on the Vermilion River.

The proponent proposes to use all of Wabagishik Lake as its headpond, and intends to locate a 6 meter high dam 2/3rd of of the way down this beautiful 1 km stretch of rapids.  This would flood the upstream rapids into a headpond, and remove most of the flow from the downstream section for hours, and for days during the low flow seasons.

The zone of influence for this proposal is all of Wabagishik Lake, Wabagishik Rapids, and the remainder of the Vermilion, right out to its confluence with the Spanish River.

Vermilion River Stewardship is opposed to this proposal as it would be extremely damaging to the riverine ecosystem, water quality, water quantity, and the dam would be located right in the middle of a significant walleye spawning bed.  Ice conditions would be unstable, and swimming, fishing, boating and in-water recreation would be extremely dangerous within the zone of influence – which is about 20 km of Wabagishik Lake and Vermilion River.   Does this sound like green energy to you?

Motion by Township of Nairn and Hyman – Vermilion River Proposals

The Green Energy Act and Green Economy Act don’t allow municipalities to have a say in green energy proposals, however, the Township of Nairn and Hyman, through this Motion, are sending a strong message to the public, developers, and the government that these hydroelectric proposals carry with them significant environmental, ecological, economic and social costs; present unnecessary threats to public health and safety; and are not wanted in this area.

Guelph – The cost of providing wind and solar energy in Ontario will be about 40 per cent higher than government estimates, according to a new study co-authored by a University of Guelph agricultural economist.

The study, which will appear in a forthcoming issue of Bulletin of Science and Society and is available online now, looks at the impacts of wind and solar directives in the provincial Green Energy and Economy Act. Adopted in May 2009, the act formed the framework for Ontario’s 2010 Long-Term Energy Plan.

“We found that there were omitted costs and inflated benefits,” said Glenn Fox, a professor in Guelph’s Department of Food, Agricultural and Resource Economics. He conducted the study with Parker Gallant, a retired banker.

“As a result, the rate increases that are predicted in the Long Term Energy Plan are substantially lower than those that Ontarians will in fact face,” Fox said.

But the study found people can expect to see increases closer to 65 per cent and 141 per cent, respectively.

“This would have Ontarions paying some of the highest costs of electricity in the developed world,” Fox said. “These higher costs would erode the competitiveness of businesses in Ontario and pose particular challenges for low income households.”

Among costs omitted from government forecasts are costs of inflation, transmitting electricity to the grid from wind and solar facilities, additional costs of surplus electricity export subsidies, and backup generation against potential disruptions.

“Ironically, the backup will be fossil fuels and natural gas, negating the prime rationale,” Fox said.

The study also questions government calculations for wind and solar operating capacity, and highlights exclusions for export issues, revenue and conservation efforts. Total costs omitted in the province’s LTEP are $60.94 per megawatt-hour, which would raise power bills about 40 per cent above government forecasts.

As well, the report says creating 50,000 new wind and solar energy jobs as promised in the Green Energy Act will require ratepayer subsidies of about $200,000 a year for each position.

“The theory is that, if new industries that are not competitive are subsidized, they will eventually mature and be able to function on their own,” Fox said. “The problem with that theory is that some kids never grow up and leave home.”